Eleuthero root: you might have heard of it. It’s supposedly the “King of all Adaptogens” - you can also find it labeled as Siberian Ginseng in your local herbal apothecary. Traditional Chinese Medicine has been using it as an herbal remedy for some 2,000 years. It’s an adaptogen, which means that it helps your body balance the reaction to stress. But, it acts in other ways by stimulating the nervous system to combat fatigue, protect the brain from harm, and improve athletic performance. In fact, back in the 1970s, eleuthero was used by Soviet Olympic athletes to increase stamina and endurance. So what’s the big deal with this adaptogenic root?

As an herbal remedy, eleuthero root has been used to treat everything from fatigue to elevated stress levels. Though less popular than Asian ginseng (Panax Ginseng), it shares some common effects. However, scientific evidence is often only done on animals and can resultantly be a bit conflicting.

One study noted that eleuthero root increased anaerobic running capacity, possibly by reducing fatigue. More research is needed to support the possibility that eleuthero might improve physical performance during high-intensity exercises, but while this effect can’t be proven yet, it also can’t be disproven.

A few studies have noted that daily consumption of eleuthero root led to improvements in cognitive function in elderly populations. Improvements in social functioning and some aspects of mental health were noted, though much more research is needed to confirm this effect.

It's been shown by a few studies that eleuthero increases fat oxidation during exercise. Paired with this increase in fat oxidation, researchers noticed that otherwise healthy individuals were able to increase their fatigue resistance.

Interestingly, another study noted that rats given eleuthero over a period of 12 weeks experienced a reduction in weight gain for both diabetic and normal rats.

A water extract of eleuthero stem was given to a population of mice that were subjected to swimming for long periods of time. In this study, eleuthero appeared to have anti-fatigue effects, Several other studies have shown that this anti-fatigue effect seems to be related to Eleutheroside E - and this effect is actually comparable to Panax Ginseng.

Though we were uncertain as to whether or not to include fatigue resistance in this list at all - the studies seem to be a mixed batch, with some being better designed while others lack robust statistical effects (i.e. small sample sizes). Either way, note that we cannot confirm or deny that eleuthero helps with fatigue resistance.

Eleutheroside E, an active component of eleuthero root, was shown to aid function in sleep deprivation.

Eleuterosides B and E, both active components of Eleuthero root, showed protective effects in the brain for neurons damaged by amyloid β (i.e. the protein that is the main component in Alzheimer’s disease).

Other active compounds in eleuthero have been shown to play an important role in protecting the brain against neuroinflammation, which is a side effect of diseases such as depression. Many, many other studies such as this one and this one have shown this effect as well.

One study noted that supplementation of eleuthero root led to reduced protein carbonyl content of immune cells, which can be thought of as an indicator for longevity in the scientific community. They also found that supplementation in postmenopausal women led to less observed DNA damage over time.

Interestingly, another study observed a 10-20% life extension for C. Elegans (think: a little nematode). Though we should note that much more research is needed to prove that Siberian Ginseng can, in fact, improve longevity. 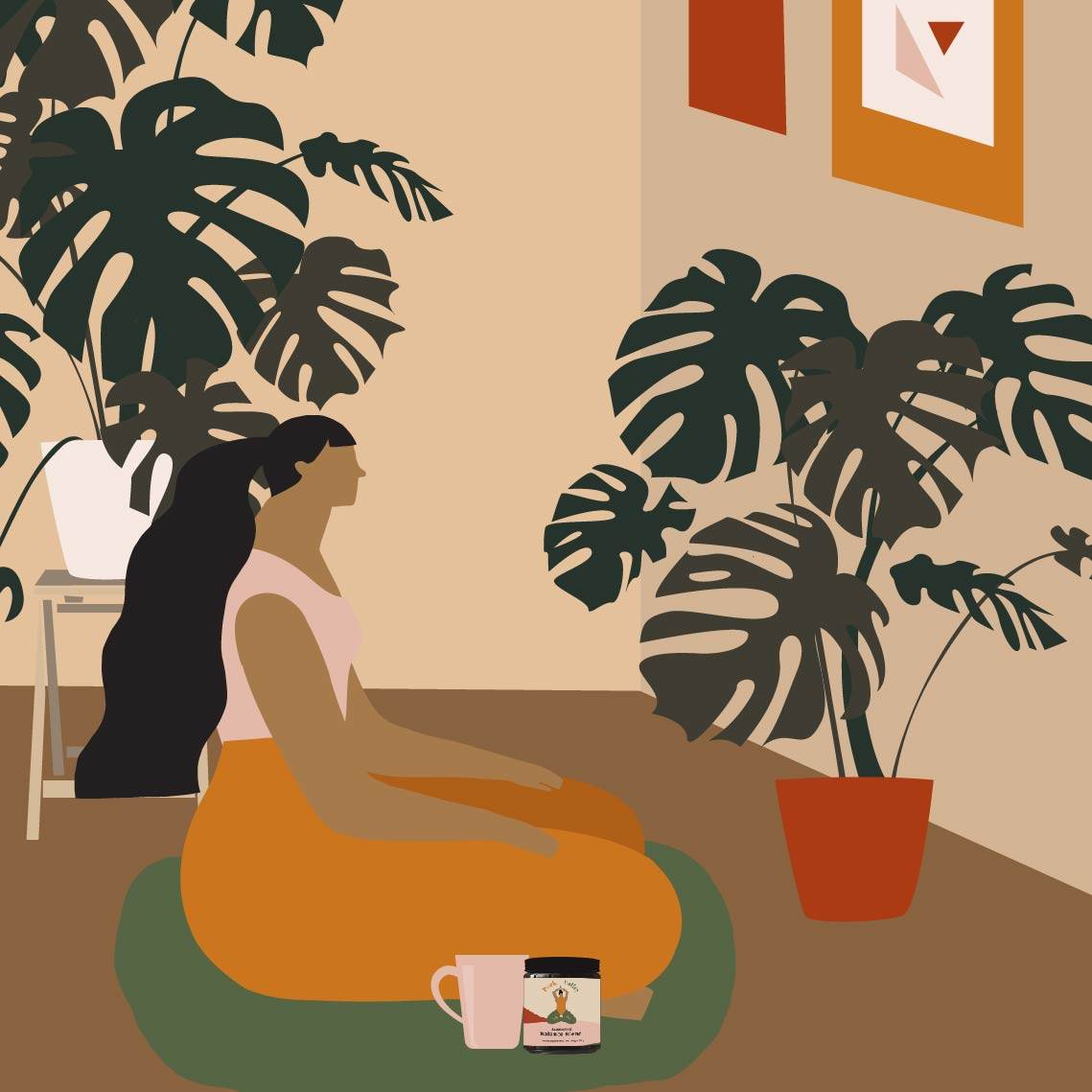 How to Take Siberian Ginseng

From looking at the scientific literature on eleuthero root, it looks like the standard dose is 500mg to 1200mg. However, traditional Chinese medicine and ayurvedic healing traditions have often recommended 2g to 4g of the adaptogenic root. Our formulation, which you can find here, uses 700mg of pure eleuthero root.

A floral twist on your morning matcha latte. The energizing mixture of caffeine and calming L-Theanine produces comes from the matcha, while stress relief comes from our Balance My Stress adaptogen blend.

Medical Mushrooms are mushrooms that are used or can potentially be used in the future to make medical drugs. They contain one or more compounds that can have various health benefits as well, such as antiviral or anti senescence properties. Many medical mushrooms also contain adaptogenic properties which are under study, such as compounds which boost the immune system by stimulating lymphocyte production, or novel anti inflammatories.

"Seeking wellness, seeking beauty, seeking self-care - these are tender, loving, considerate concepts which have amazing opportunities for growth and renewal. Wellness also means seeking what you deserve and affirming healthy habits that reinforce your self-worth, mental health, and balance. We all deserve to feel well, happy, and secure. We deserve what makes us feel most alive and creative. It’s as simple as this - we deserve to feel good."